Lumen FideiInstitute
Home » Lumen Fidei Blog » Liturgy » WHAT IS LICIT AND WHAT IS ILLICIT? 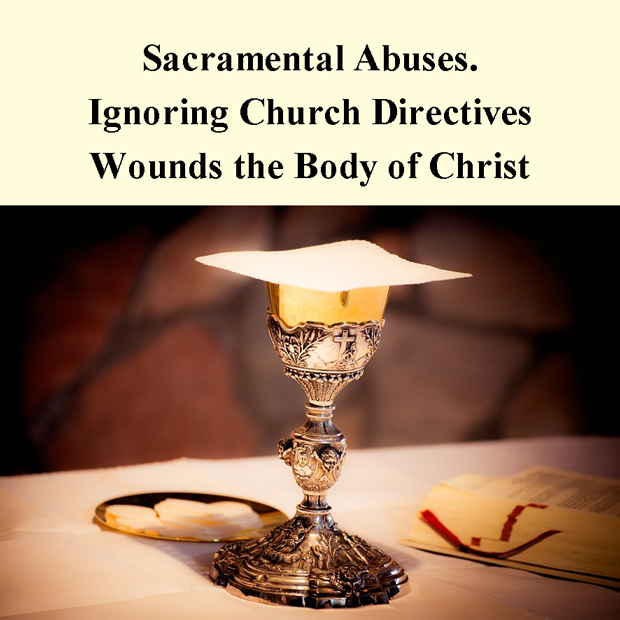 “Every liturgical celebration because it is an action of Christ the priest and of his Body which is the Church is a sacred action surpassing all others.”

There exists a great amount of bewilderment about what is licit and what is illicit in the celebration of the sacred liturgy. When we see a young child taking up the collection during Sunday Mass it might be hard to see anything wrong in this. However according to the General Instruction of the Roman Mass, the collector carries out a liturgical role. When we understand that every liturgical action is an action of Christ Himself we have to see this as a sacred commitment. If the child is also serving at the altar he already has a liturgical role and this is not to be duplicated. Therefore it is entirely a malpractice to see an altar server at the ambo for the scripture readings or prayers of the Faithful, and much worse acting as an extraordinary minister of Holy Communion.

Why is this so wrong? People sometimes hold the view that since the young boy or girl is already vested and has a place in the sanctuary at Mass, why should he or she not assist the priest in as many ways as are required? There is a perception that the Church is too strict about matters of procedure and that there is nothing intrinsically wrong in not observing these rules meticulously.

More is at stake than a question of obedience. If we know that it is actually Jesus who is acting in the liturgy, would that not make us ensure that every action is performed exactly according to the instructions he has laid down through the Church? We believe in and honour His presence in the Blessed Sacrament. That can only happen through the words and gestures of the priest and we only have a priest because he has received Holy Orders through the ministry of the Church. There is no need for speculation if the right course of action is sought.

We have become so accustomed to the sight of lay men and women taking up positions in the sanctuary during Mass that it looks as if it is the norm. But this is not the norm and over the past twenty or so years both Pope St. John Paul II and Pope Benedict XVI have issued strong statements regarding practices that were causing dishonour to the Most Holy Sacrament of the Eucharist.

The wounds in the body of Christ are now glorified, but his Mystical Body the Church, is suffering from deep wounds. According to Bishop Athanasius Schneider, the most grievous wound in the Church is the Eucharistic wound. Unworthy and irreverent reception of Holy Communion exposes Christ to enormous banality and even profanity. In a recent interview, the Kazakhstan bishop enumerated the ways in which the sacred host is treated with disrespect, most of which arises from Holy Communion being received in the hand. The grievous loss of the Eucharistic fragments is something no one can deny and the bishop says, for the person with faith and love for God this is very grave.

Responding to requests from across the world to address this matter, the document “On Certain Questions Regarding the Collaboration of the Non-Ordained Faithful in the Sacred Ministry of the Priest” was issued in 1997.

This document provides unequivocal direction. It is unprecedented in that it was signed by no fewer than eight Dicasteries in the Vatican. The introduction declared that many queries had been received by the various Dicasteries from bishops, priests and lay people, queries that arose from certain so-called pastoral ministry in dioceses and parishes. Some theological confusion had resulted from the application of ministerial terms to lay people – terms which are reserved for those in Holy Orders. The purpose of this document (Latin Ecclesiae de Mysterio) was to correct some abuses due to the unlawful assumption of titles such as “pastor,” “chaplain,” “co-ordinator, “moderator.” Additionally, malpractices due to non-ordained people administering Holy Communion in unauthorised circumstances, were addressed in some detail.

The document clarified the conditions under which it is permitted for lay people to administer Holy Communion at Mass. This is never to be a normal procedure. Exceptional cases where it is allowed are rare and should not be multiplied in places where the situation is not exceptional. If a priest is disabled or otherwise unable to carry out the administration of Holy Communion or if the crowd is so great that Mass would be greatly delayed, a trained and commissioned non-ordained person may assist. However, it is extremely necessary that the canonical dispositions be applied consistently, faithfully and seriously. The reason for this is to avoid confusing the role of the ordained with the non-ordained. It is reprehensible for the celebrant to leave the sanctuary and administer the sacrament throughout the church while a non-ordained person stands in front of the sanctuary holding a ciborium or chalice and giving Holy Communion to those who approach.

Referring to the Code of Canon Law, we find that a layman may become an extraordinary minister of Holy Communion by law if he has received the stable ministry of acolyte. He is distinct from the deacon, who following his ordination to the diaconate, becomes an ordinary minister of Holy Communion. Any other person may only administer the sacrament in the absence of a deacon or acolyte.

There are times when the direct collaboration of lay people is authorised and this is one means by which the non-ordained faithful can participate in the sacred ministry. The 1997 document clearly sets out the conditions and states that in times of necessity, the bishop can entrust lay men and women with roles connected to pastoral ministry, such as reader or extraordinary minister which do not require the character of Orders.

Those who are commissioned to administer Holy Communion in extraordinary circumstances should receive instruction in Eucharistic doctrine. They should be clear about the meaning of the role they are to carry out, the rubrics to be observed, the manner of administrating the most august Sacrament, and the instruction concerning the discipline of admission to Holy Communion.

For catechesis and liturgical formation: marykeenankearns@gmail.com 087 7794687 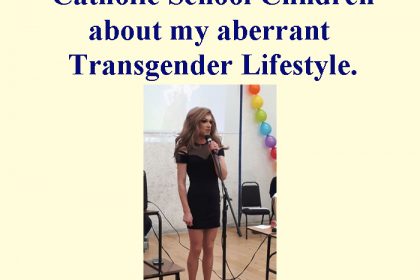