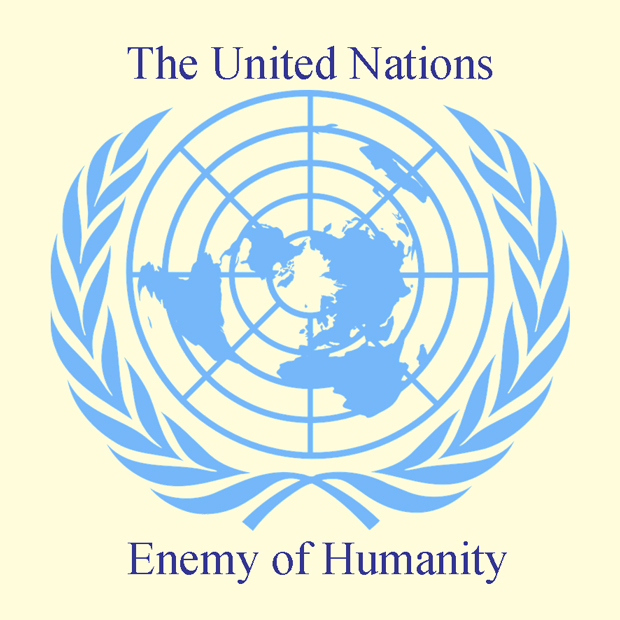 UN pushing anti-Catholic agenda
It is time to bring the United Nations to an end. This corrupt and evil bureaucracy has outlived what little usefulness it once had. It costs taxpayers in every member-State a large fortune in direct subsidies each year, and a still larger fortune in the indirect costs of paying for “climate change” and other non-existent pseudo-emergencies.

The true raison d’etre of the UN is not to serve those who pay for it, but to expand its anti-democratic power at the expense of elected governments.

No Catholic can continue to support the UN in its present form and under its present leadership. Last year the current secretary-general, Antonio Guterres, commenting on a decision of the Supreme Court in India to overrule a decision of that country’s elected Parliament and make homosexuality a “constitutional right”, tweeted that “#love wins”. Senor Guterres’ definition of “love” is, to say the least, questionable.

The UN’s “Committee on the Elimination of Discrimination against Women” and the “Committee on the Rights of Persons with Disabilities” issued a joint statement declaring that “access to safe and legal abortion” is not only essential to women’s health but also “ a prerequisite for safeguarding women’s human rights”. Yet not a single UN treaty recognises the right of infanticide.

The first of these two ghastly committees has pressured member-States to make abortion more widely available on 250 separate occasions in the past two decades.

In the past, the Catholic Church could have been counted on to keep the UN at a safe distance. The present Pope, however, made the mistake of appointing a crony, Monsignor Sanchez Sorondo, as prefect of the Pontifical Academies of Sciences and of Social Sciences. As a result of this disastrous appointment, Secretaries-General of the UN are now seen in the corridors of the Vatican, and Sorondo has gathered around him an international clique of hard-Left academic advisers viscerally opposed to the human race.

Three great contemporary challenges?
Earlier this month, the Pope – with Msgr Sorondo’s finger-marks all over his statement – demanded several new global authorities, unelected of course, to enforce the dismal “Sustainable Development Goals” of the UN, and to implement calculatedly anti-Western “climate change” policies.

The Pope said: “When a supranational common good is clearly identified, there is need for a special, legally-constituted authority capable of facilitating its implementation.”

The Pope mentioned what he called “the three great contemporary challenges of climate change, new slavery and peace”. As to climate change, that is a topic outside the Pope’s remit and well beyond his competence. The world is warming at less than half the predicted rate. Maundering on about this non-problem does not impress, and comes across as a diversion from the many real problems the world faces.

As to new slavery, here at least is a real problem, which falls squarely within the Pope’s remit. But it is a problem that the United Nations is singularly ill-suited to solving. New slavery – which is now occurring on a scale greater than traditional slavery, and in a manner that causes far greater misery and suffering – can only be dealt with effectively at national level, particularly by the efficient regulation of mass immigration.

Why, then, does the Pope recommend the creation of yet another costly but useless global agency? The reason is as simple as it is chilling. The hard Left favours global agencies precisely because they are beyond the reach of mere voters. The intention in creating an anti-slavery agency, then, is not to prevent slavery but to use it as a pretext for establishing yet another mechanism to continue the dismantling and neutering of democracy by gradually transferring real legislative and eventually fiscal power from elected hands in those countries lucky enough to be democracies to un-elected hands in the global agencies.

As to peace, which was the original purpose of the UN, it has proven entirely incapable of maintaining world peace. When confronted with totalitarian militancy, whether Communist or Islamist, it folds every time.

What, then, should be the policy of the Church towards the UN and suchlike supranational or global entities? The answer is to be found in the principle of subsidiarity, which requires that as many decisions as possible should be taken at the most local level possible. There is no better way to ensure subsidiarity than to promote government of the people, by the people and for the people, via the ballot box.

Does this mean there should be no supranational or global agencies?
No: but it does mean that the governing boards of every single one of these agencies should be regularly elected by the peoples of the states parties to the treaties establishing them. Let the UN Security Council, the Secretary-General and the boards of all UN agencies, and of the World Bank, the IMF, the Law of the Sea Conference, the Intergovernmental Panel on Climate Change, the UN Framework Convention on Climate Change et hoc genus omne be elected, or abolished.

Now, there is a policy consistent with the social teachings of the Church – a policy that would, for the first time, ensure that cross-border agencies came under the scrutiny of the peoples whom they nominally serve, but over whom they increasingly rule.