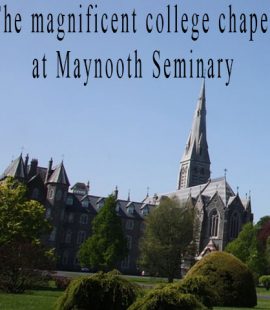 Do not expect the young Catholic men of this country to commit their lives to anything less than the fullness of truth!Ignoring the CrisisAs news circulated earlier this year about the Irish Bishops’ departure for their ad limina visit to Pope Francis, one of the most prominent stories was that they would not be proposing that Pope Francis readmit to the priesthood men who had left ministry to marry. The Irish Catholic newspaper reported (12/01) that the bishops had discussed … END_OF_DOCUMENT_TOKEN_TO_BE_REPLACED