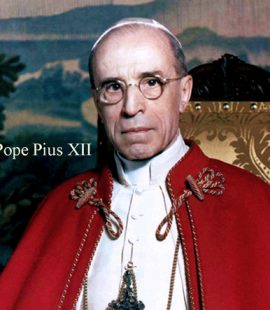 Opening the Vatican ArchivesThe persisting rumours that Pope Pius XII was a Nazi-loving Jew-hater who culpably failed to speak out against Nazism during the Second World War are false. Now that the British 30-year rule forbidding intelligence matters to be revealed has expired as far as the events I shall describe are concerned, I am at last free to reveal how, by whom and why the Pope’s reputation was soiled. This question is topical again because a certain faction has … END_OF_DOCUMENT_TOKEN_TO_BE_REPLACED