We have only just closed the joyful celebration of Christmas with the feast of Candlemas; and the liturgy has cast aside the festive gold and solemn white to vest herself once again with the green of hope during these last few Sundays of January and the first of February. It is hard to believe that Lent is already fast approaching, but that will be made clear with the arrival of Septuagesima Sunday. The ministers will don the violet vestments of sorrow and penance, the Gloria in Excelsis will be absent from the Mass, the Alleluia is no longer sung before the Gospel, but replaced by the Tract, the relics of our saints will no longer be exposed for veneration on our altars. The Divine Office is even more stark: Alleluia, the great word of praise, disappears from the opening Gloria Patri of each Hour. The Te Deum, the Church’s official hymn of thanksgiving, is no longer sung at Matins except on the feasts of the saints. The lessons for Matins go back to the basics, recounting the Creation, the Fall of Man, Noah and the Flood, Abraham, Isaac, Jacob and Moses. So why all of this, if Lent does not even begin for another, seventeen days (21 to get technical, but that is a different issue) before Ash Wednesday?

Holy Church gives us the season of Septuagesima, the three weeks leading up to Lent, as time to prepare ourselves for that great and awesome time prayer, fasting and almsgiving. As Dom Guéranger notes: Those forty days are one of the principal Seasons of the Liturgical year, and one of the most powerful means employed by the Church for exciting in the hearts of her Children the spirit of their Christian vocation. It is of the utmost importance, that such a Season of penance should produce its work in our souls. The Church, therefore, gives us the three weeks of Septuagesima, during which she withdraws us, as much as may be, from the noisy distraction of the world, in order that our hearts may be the more readily impressed by the solemn warning she is to give us, at the commencement of Lent, by marking our foreheads with ashes.

As the season of Septuagesima and Lent, as well as the majority of the liturgical cycle, depends upon the time of the Easter celebration, it comes sooner or later, according to what date Easter falls on. The date for great festival of Easter is determined by the March equinox and can fall between 22nd March and 25th April each year. Counting back the 70 days from Easter, Septuagesima Sunday will fall between 18th January and 22nd of February, the Feasts of the Chair of St. Peter at Rome and at Antioch, respectively. These two feasts are known as the Septuagesima Keys, playing on the Keys of the Kingdom given to St. Peter by Our Lord as the symbol of his authority and the fact that Septuagesima Sunday inevitably falls between these two days. 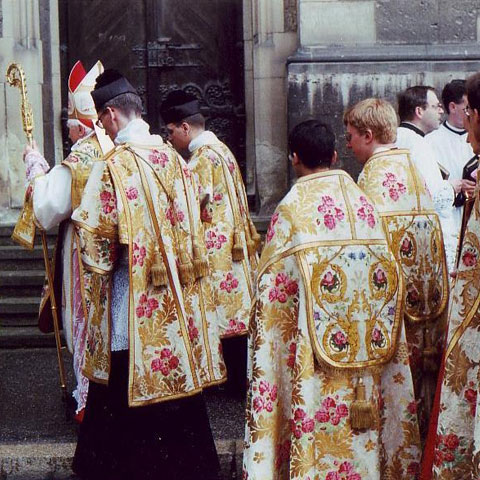 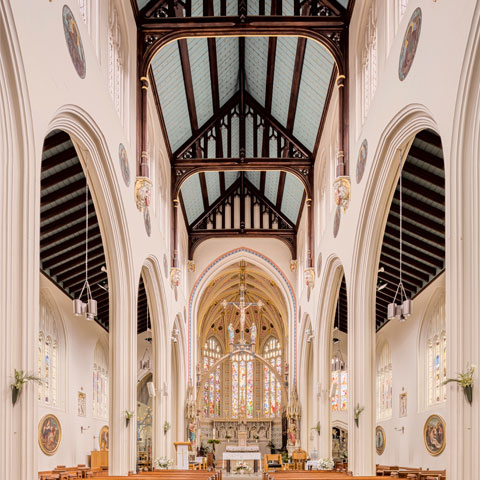 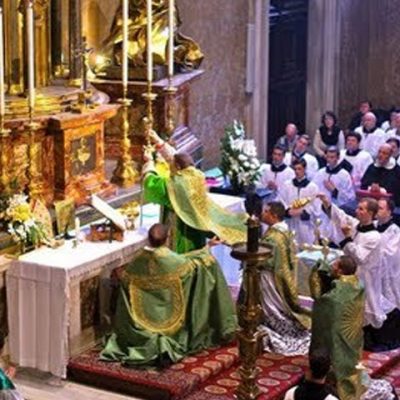 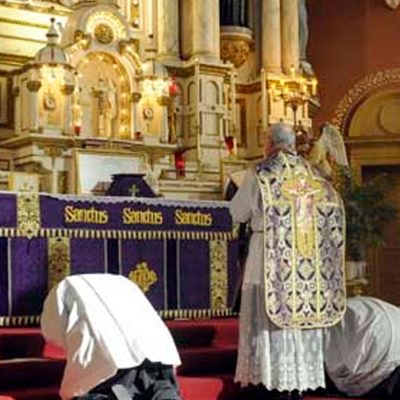 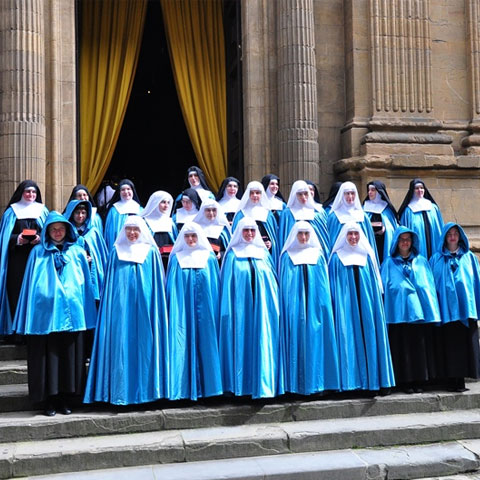 The most striking liturgical aspect of the season of Septuagesima is the suppression of the Alleluia. Alleluia is one the few Hebrew words which was retained from the synagogue by the early Christians. Its meaning is not entirely clear and no single work can express what it means. It is an exultant cry or shout of joy; hence as Holy Church enters the time of penance and sorrow she dare not utter this word until the happy day of Easter arrives once again. In order to bid farewell to the beloved chant, at vespers on the eve of Septuagesima the Benedicamus Domino is sung as on Easter Sunday with a double Alleluia added to the end. In medieval times, when the faith was surrounded by so much charm, a more solemn farewell to the Alleluia was observed in some places, where obsequies were sung for it and a scroll bearing the word was interred.

It is a peculiarity of the Roman Rite to sing the Alleluia before the Gospel. It is always sung once, then repeated but carrying out the last syllable of the word on a long and elaborate motif in Gregorian chant. This last musical phrase became known as the jubilus. The 12th century liturgist, Rupert of Metz, describes the reason for this as: “We rejoice rather than sing, and prolong the neums, that the mind may be surprised and filled with the joyful sound, and be carried thither where the saints rejoice in glory.” The Church, then, desires to avoid expressing such sentiments during a time of sorrow and penance, and replaces the Alleluia with the Tract. The Tractus takes its name from a word meaning straight, for unlike the Gradual, the psalm sung as the Tract is sung straight through (literally this is the case on the First Sunday of Lent when Pslam 90 is sung in its entirety) rather than being sung antiphonally. Durandus, the great medieval liturgist, states that the tract is lengthy and drawn out in order to remind us of the “misery and labour of this present life.”

Abbé James Hoogerwerf is a seminarian with the Institute of Christ the King sovereign Priest. He is currently based at Sacred Heart Church in Limerick, Ireland.