Lumen FideiInstitute
Home » Shop » Books & Booklets » Science Says No
View basket “Purgatory – How to Avoid it” has been added to your basket.
Books & Booklets 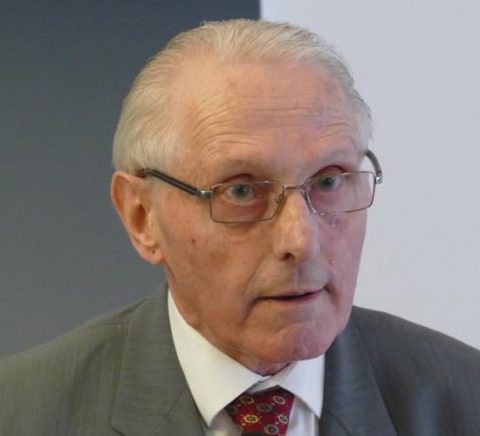 Dr Gerard van den Aardweg has worked as a therapist for almost 50 years, specializing in cases of homosexuality and marital problems. He has written extensively on homosexuality and paedophilia, as well as related topics such as same-sex attraction in the priesthood and gay parenting.

Dr. van den Aardweg is a member of the newly formed John Paul II Academy for Human Life and the Family. His books include amongst others, ‘The Battle for Normality: Self-Therapy for Homosexual Persons’ and ‘Homosexuality and Hope: A Psychologist Talks About Treatment and Change’.

In this book, Dr. van den Aardweg debunks many of the myths created by the global homosexualist movement. The argument for gay “marriage” is exposed as a deception in this ground breaking book. For many years the public has been indoctrinated with unfounded assertions which in fact are no more than modern fairy tales sold as science. In other words, as regards homosexuality, people hear and read mostly lies. The book explains why the deception is possible and shows why no assertion of the gay ideology has been scientifically validated.

Science Says NO! examines the basic assertions of this ideology, and the shameful hoax of same-sex ‘marriage’. The author uses his research to expose this dangerous ideology which is responsible for personal and social misery, and has the potential to cause much more misery, if it is not restrained.

Dr. van den Aardweg warns that It must be opposed by a programme based on the truth. Lies must be exposed. Truthful education must replace, or at least neutralize, the omnipresent gay-ideological propaganda. Constructive guidance must be given to people suffering from homosexual attractions, so as to help them not to fall prey to the illusions of the self-destructive gay lifestyle. Change-directed counselling and therapy must be promoted. Academic freedom to teach, write, and do research on the psychology of, and psychotherapy for, homosexuality, must be restored. In general, the homosexual influence at universities, educational institutes, in political parties, and in the media, must be broken.

Ultimately, the scandal of same-sex ‘marriage’ must be undone. Anyone interested in learning the facts about the true nature of the global LGBT political movement must read this book.