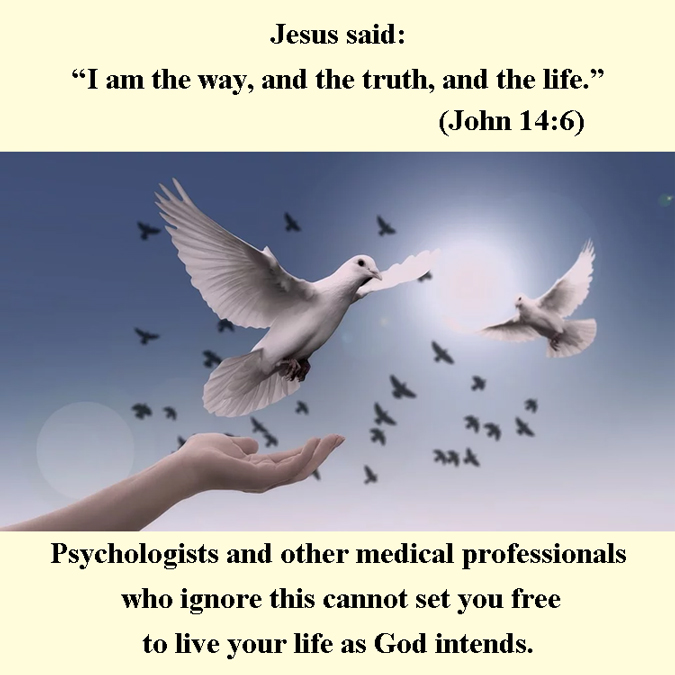 “But there were also false prophets among the people, even as there shall be among you lying teachers, who shall bring in sects of perdition, and deny the Lord who bought them: bringing upon themselves swift destruction.’  (2 Peter 2:1)

We need truth to be able to operate successfully in the world.  This applies most especially to the spiritual side of life, but it also applies to the material and practical sides of life, e.g. in one’s occupation. One needs to know the fundamental truths of one’s profession in order to be successful at it.  For example, the engineer needs to have a basic grasp of mathematics, e.g. he needs to know ‘2+2=4’, before he takes on any job.  The doctor needs to know that blood in the urine is not a sign of well-being.  If an engineer said he didn’t know that ‘2+2=4’, you would ask him which construction he had recently helped build and then avoid it like the plague! If a doctor thought a patient having no pulse was a sign of health, you would be wondering whether he really was a doctor! In these examples, it is clear that when a professional doesn’t have a firm grounding in the truth, he is a danger to the physical safety and health of his patients, those around him and himself.

The field of psychology is populated by professionals who have flawed and dangerous understandings about the human condition. Studies show that professors of psychology are the most likely to be atheists with only 39 per cent believing in God (Gross & Simmons, 2009).  With these types of professors, it is no wonder that many of psychology’s most highly educated members spend years in academia and come out with less understanding of what man essentially is.

A fundamental truth about human beings is that we are created by God and have two essential parts – a material body and a spiritual soul, with the rational soul being per se the essential form of the body. It is also a fundamental truth that all human beings are affected by Original Sin and this has a major impact on our psychological state (See: ‘Fundamentals of Catholic Dogma’ by Ludwig Ott).

As Catholics, we assent to these truths about human beings. We can accept them as more true than ‘2+2=4’ as they are defined doctrines/dogmas. Unfortunately, many psychological professionals do not accept these fundamental truths.  In these times of diabolical disorientation, many psychological professionals, who have the incredibly important task of helping people in their mental distress, do not have a grasp of the fundamental truths of the human condition.

‘For there shall be a time, when they will not endure sound doctrine; but, according to their own desires, they will heap to themselves teachers, having itching ears: And will indeed turn away their hearing from the truth, but will be turned unto fables.’ (2 Timothy 4:3-4)

The fundamental truths of human nature are rejected by many psychologists as if they were irrelevant to their practice. These errors are close to the engineering equivalent of rejecting the fact that ‘2+2=4’ or the medical equivalent of rejecting the fact that having no pulse is a serious problem! Yet, these psychological errors have more serious implications. In our current times, these professionals with erroneous beliefs play a leading role in diagnosing and treating people who are experiencing psychological distress. Many of us will accept their false teachings with ‘itching ears’ but some will see the errors and dangers in the ‘fables’ they tell us. In the above examples (engineer and doctor), many of us might complain to their respective associations.  But what happens when the very body responsible for making sure their respective professionals are competent is the one promoting dangerous falsehoods?

‘Beware of false prophets, who come to you in the clothing of sheep, but inwardly they are ravening wolves’ (Matthew 7:15)

The Psychological Society of Ireland (PSI) has approximately 3,000 members across Ireland.  This society is responsible for the accreditation of psychologists in Ireland. The PSI has a significant impact on public opinion with its President or CEO regularly given slots on national media to give the ‘expert’ psychological opinion.  Last year, the PSI publicly gave its support for the killing of babies.  Its policies on homosexual behaviour tells its members to affirm this atrocious sin. ‘PSI Guidelines for Good Practice with LGB clients’ – ‘5.4. Challenge anti-gay bias and take a gay-affirmative approach’ and ‘It is important to avoid any of the following when providing a psychology service to LGB patients/clients:  Failing to appreciate any non-heterosexual form of behaviour, identity, relationship, family or community’.

No psychologist who truly understands the human condition and what we were created for can accept these guidelines!

The PSI is attempting to distort reality.  The society and its members are a particular threat to children and teenagers who are more likely to believe what an authority figure is telling them, especially one that seems professional, kind and nice.  These professionals have failed to pay heed to Our Lord’s words: ‘But he that shall scandalize one of these little ones that believe in me, it were better for him that a millstone should be hanged about his neck, and that he should be drowned in the depth of the sea.’ (Matthew 18:6).

Woe to them if they continue in these errors! They are so far removed from the truth about the human condition that they are a serious threat to their own souls as well as the souls of their clients.  Rather than being an association which corrects the errors of its members, it is encouraging its members to accept and promote these toxic falsehoods.  Our Lord said that ‘you shall know the truth, and the truth shall make you free’ (John 8:32).

The PSI, in its policies and practice, offers lies, falsehoods and more chains to sin and the devil.  Using ‘cunning craftiness’ (Ephesians 4:14) they distort ‘science’ and use words like ‘liberty’, ‘compassion’ and ‘acceptance’ to push their diabolical agenda.  Affirmation and acceptance of sinful behaviour is not compassionate, and it certainly does not lead to liberty.  As Fr Edward Leen points out in his excellent book, ‘Why the Cross?’, when speaking about Christ: ‘He is very tender towards the imperfect, but relentless towards imperfection.’ (p. 48).  This is compassion grounded in the truth.

‘When the soul strays from Thee, she looks for things apart from Thee, but she finds all things impure and useless until she returns to Thee.’ – St Augustine (‘Confessions’)

Instead of going to see people who are disconnected from the truth, visit those who are grounded in reality and know that your soul, its purity and its health are the most precious gifts you have that you need to protect and nourish.  Consult a knowledgeable traditional priest who has not bought into the modern psychological nonsense.  Spend time with a good friend who has the Faith (Old, wise and pious widows who are steeped in the Faith are often the best ‘psychologists’ out there.  Their accreditation is confirmed by life experience and the crosses that they have carried with humility, patience and perseverance. They also don’t tend to charge much per hour!).  If you really believe you need professional help with psychological issues, make sure that the professional knows the fundamental truths about human nature.   And let us pray that the PSI and its members stop straying from the truth and recognise and embrace the Light that ‘shineth in darkness’ (John 1:5).

Martin McManus - BA (Sociology & Ancient Classics), MSc (Psych), Dip (CBT) – former atheist and former member of the Psychological Society of Ireland - the cult of modern psychology. I worked for over 10 years in the mental health and addiction fields in Ireland, England and New Zealand. I am currently detoxing my mind from diabolical errors that I was taught and exposed to and am nourishing my soul on the Truth. I have recently established a Catholic centred psychological service. For more information, see: Truth & Freedom Therapy E-mail: Martin McManus