Failure to recognise the roots of past scandals means Church teaching will continue to be undermined It did not take very long at all for scandal to rear its ugly head once again in our National Seminary, St. Patrick’s College, Maynooth. Hitting the headlines in summer 2016 on account of a homosexual subculture within the seminary community, with some seminarians having profiles on a gay dating app, prompting the Archbishop of Dublin to move his seminarians to Rome, now two … END_OF_DOCUMENT_TOKEN_TO_BE_REPLACED 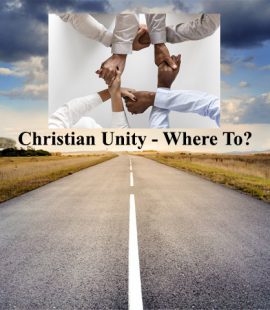 Prayer itself is not unity. Several years ago, a well-known English Jesuit priest, Fr. Hugh Thwaites (1917-2012), gave an interview on Catholic television in which he discussed his conversion from Anglicanism to Catholicism. It was clear that, even so many years after his conversion, he still had a great affection for Anglicanism, because it was from the religion of his youth that he got a love of the Scriptures and of Our Lord. However, it was with the conviction that … END_OF_DOCUMENT_TOKEN_TO_BE_REPLACED